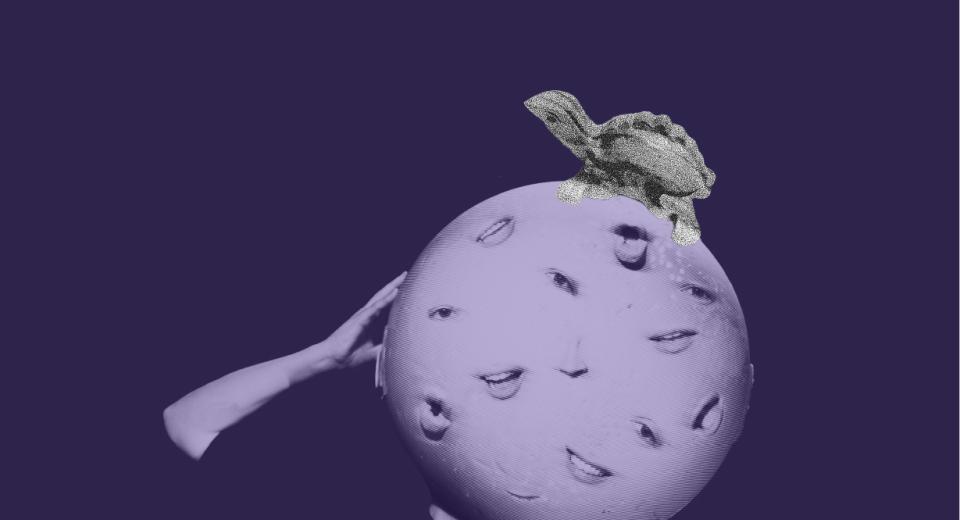 In premiere on February 20, 2023 - Krokusfestival, Hasselt

A tortoise lives in her New York flat. Curious as she is, she wondered: what would he dream about? Does he ever think? And if so, about what? And can you imagine turtle dreams?
Meredith Monk has always been unique. She writes music, dances, creates performances and plays the piano, but above all she is a singer. Rather than singing songs to a text, she plays with the endless possibilities of the voice. Singing Heydldiedendo without tripping over your tongue. It inspired singers all over the world to go in search of their own sounds.
Zonzo Compagnie made its name with performances inspired by famous composers such as John Cage, Bach, Miles Davis and Purcell, and now - for the first time - adds a contemporary and female composer to that list. Once Meredith Monk made a performance for Zonzo Compagnie, now Zonzo Compagnie is making a performance about her.
Singer Naomi Beeldens, trombonist Nabou Claerhout, director Ine Van Baelen and videomaker Stijn Grupping explore in Hey Meredith! an oeuvre of almost 60 years, following the voice of Meredith Monk.