Zonzo Compagnie is an international trendsetter when it comes to music projects for young audiences. It does so with BIG BANG Festival, an adventurous music festival that has found a fixed spot for its unique concept in Belgium, France, Greece, The Netherlands, Spain, Portugal, Iceland, Estonia, Ireland, Luxembourg, Norway, Denmark and Canada. BIG BANG Festival was awarded the EFFE award as Europe’s most innovative festival.

Zonzo Compagnie also creates performances that take music as their point of departure in an extraordinary way. They enchant their audience with intriguing portraits of composers such as John Cage, Miles Davis, J.S. Bach, Luciano Berio and Thelonious Monk, surprise with wonderous sound installations, stir emotions with gorgeous songs and leave an impression with their multimedial setup.

In their Antwerp home base, Zonzo Compagnie is also the proud owner of the Zonzo Records label, under which it has issued a series of dashing albums. 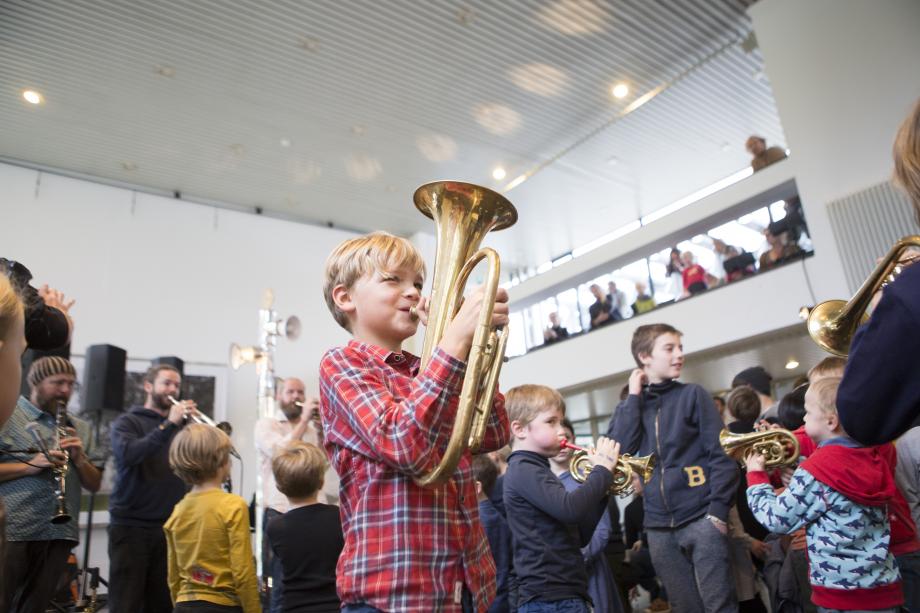 Our mission is to present the richness of music in an imaginative and adventurous way that is accessible to children.